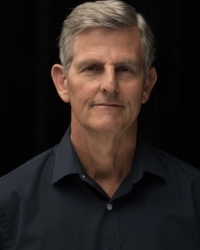 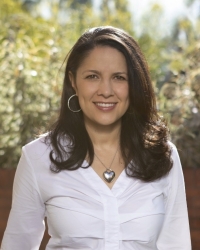 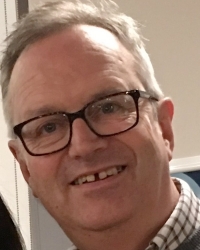 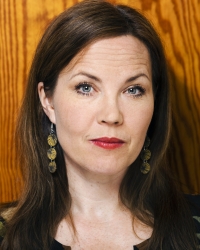 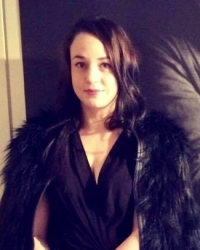 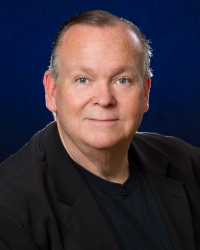 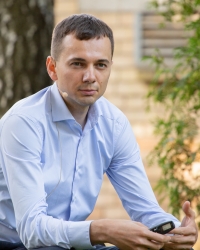 With the publication of the Mendez Principles representing a paradigm shift in views on interviewing and interviewee rights, the aim of this panel is to discuss ways of implementing an increased respect for rights in practice across a variety of settings, including suspect interviewing.  International expert academics and practitioners involved in research and practice will consider how evidence-based best practice interviewing can be put into use for all interviewees across a range of contexts and discuss the challenges and benefits of doing so.

Steven Kleinman has more than thirty years of leadership and operational experience in human intelligence, special operations, and counterterrorism. After beginning his career with the Central Intelligence Agency, he joined the U.S. Air Force where he rose to the rank of colonel while serving as a clandestine operations officer, strategic interrogator, and resistance to interrogation instructor. His assignments included senior intelligence officer postings at the Joint Personnel Recover Agency, the Air Force Special Operations Command, and the U.S. Central Command. He has extensive operational experience in Asia, the Middle East, Central America, and Africa. He holds a bachelor of arts in psychology from the University of California, Davis, and a master of science in strategic intelligence from the National Intelligence University, Washington, DC. Col. Kleinman is a founding member and current chair of the High Value Detainee Interrogation Group’s Research Advisory Committee.

Veronica Hinestroza is an independent consultant and advisor on International Law with 18 years of experience. An expert on the documentation and investigation of grave human rights violations, Verónica regularly provides technical assistance and capacity building for criminal justice actors and civil society. A founding member of the Omega Research Foundation Network of Experts and a certified Justice Rapid Response investigations specialist, she has served on the working group updating the United Nations Istanbul Protocol. Between 2016 and 2019 she was a Senior Programme Lawyer with the International Bar Association’s Human Rights Institute, managing projects in East Timor and Latin America.

Professor Gavin E. Oxburgh is a Registered Forensic Psychologist, a Professor of Police Science, and the Assistant Director of The Northern Hub for Veterans and Military Families Research, at Northumbria University, UK. He is a registered Expert Witness and provides expert advice and guidance in legal cases in the UK and overseas. Gavin is a 22-year veteran of the Royal Air Force Police where he was a senior detective specialising in child protection and sexual offences, serving throughout the UK and across Europe. He is a visiting Professor at the Institute of Psychology, Psychiatry and Neuroscience, Kings College London, UK, and also at the Norwegian Police University College, Oslo. In 2007, Gavin (together with Assistant Chief of Police Trond Myklebust) co-founded and directed the International Investigative Interviewing Research Group, a network he chaired until July 2019.

Gavin has published widely in the broad area of legal and forensic psychology including internationally-acclaimed books, international journal articles, technical and criminal justice reports. His wide-reaching research has been funded by various Research Councils totaling over £3.9m to date including the Economic and Social Research Council (ESRC), the UK’s Defence and Security Accelerator (DASA) Fund, the Centre for Research and Evidence on Security Threats (CREST), and The Armed Forces Covenant Fund Trust. He was a member of the international Steering Committee that recently developed The Mendez Principles on effective interviewing for investigations and information gathering. He works closely with various police forces in the UK and overseas and is a specialist consultant and trainer to the International Criminal Court (ICC), The Hague. He has trained many organisations in non-coercive interviewing techniques including the UNHCR, UNDP, the Commission for International Justice and Accountability (CIJA), the South African Police and Prosecution Services, the European Investment Bank (EIB), the European Anti-fraud Office (OLAF), together with the Swedish and Finnish Competition Authorities. He has been actively involved in many other consultancy projects around the broad area of human rights with Fair Trials, Reprieve, APPEAL, the International Bar Association’s Human Rights Institute (IBAHRI) and the Great Britain-China Centre (GB-CC). He has recently presented his work to the Brazilian Institute of Defense of the Right to Defense in providing training on non-coercive interviewing techniques.

Julia Korkman is one of the lead researchers at the research group Legal Psychology at Åbo Akademi (LePÅ) and has, in addition to academic achievements, a background in conducting investigative interviews with children and adolescents at the Helsinki University Hospital Forensic Psychology Center for Children and Adolescents. She is currently conducting research on interviews and decision making in various legal contexts, such as the asylum context, sexual crime and crimes against children as well as legal decision making among judges, and also conducts extensive training for a variety of professionals. Among these are the official specialisation course for child investigative interviewers in Finland and the first specialisation training in legal psychology in Finland. Julia is the president-elect of the European Association of Psychology and Law and the 2012 recipient of the iIIRG Academic Excellence Award.

Dr. Maria Hartwig is Full Professor of Psychology at John Jay College of Criminal Justice, City University of New York, where she has been on the faculty since 2006, after defending her doctoral thesis at the University of Gothenburg, Sweden in 2005. Her thesis was seminal in instigating and subsequently shaping the landscape of strategic questioning. She spent one semester as a Post-Doctoral Fellow at John Jay College under the tutelage of Distinguished Professors Steven Penrod and Saul M. Kassin, both at John Jay. In the fall of 2006, she was recruited for a full-time tenure-track position and received early tenure and promotion to Associate Professor in January 2011. In 2015, she was promoted to Full Professor of Psychology, a position she currently occupies. Dr. Hartwig is Co-Founder/Co-Director of Project Aletheia, a knowledge lab at John Jay College. Professor Hartwig’s scholarship has always straddled the disciplines of psychology and law. From 2015 to 2017, she held an appointment as Senior Research Scholar in Law at Yale Law School, with the POC being Professor Tom Tyler. She then joined the Department of Psychology at Yale as a Visiting Scholar with Professor John Bargh’s ACME laboratory.

Dr. Hartwig’s scholarship is now codified under Project Aletheia: That the most effective way to bring about meaningful change is to marry science and practice. She has produced and published scientific research with collaboration/help from a wide variety of LEOs and she has offered training/counsel on federal, state, and local levels in the US and abroad. For example, she is currently a scientific advisor to the Behavioral Science Division at FLETC. She offers advice on matters of curriculum content with an eye towards optimization, and she is offering advice on fundamental strategies for reform, resource allocation and refunding in the federal domain (e.g., policies to avoid undue criminalization due to mental illness). She is also a scientific consultant to an undercover division of the LAPD. She has offered scientific counsel to the National Center for Credibility Assessment (NCCA) in a variety of forms. Also, Hartwig offered scientific advice to members of the Steering Committee for the development of the document known as the Méndez Principles.

The very nature of Hartwig’s work of being an integrator of science and practice involves responding to critical challenges as they arise. She represented science on a Congressional hearing on post 9/11 aviation security focused on behavior. Her criticism of the program’s lack of scientific basis coincided with wide protests from various camps, most saliently from the GAO and the ACLU. She was part of the response to Obama’s first two executive orders as President of the United States, which were a) the ban on torture techniques employed by the CIA others during the so-called War on Terror b) the creation of a Task Force to generate human-rights compliant and effective interrogation. This task force later became the High-Value Detainee Interrogation Group (HIG), in collaboration with which she conducted a significant amount of research and training, partly by collaborating with FLETC.

Mark Fallon is the Director of ClubFed, LLC an international security consultancy, and is an Expert Consult, Expert Witness and Strategic Advisor on matters of counterterrorism, criminal investigation, training, and leading during crisis. A leading authority on the integration of the psychological sciences to improve the practice of effective questioning and global policing, Mark was a member of the 15-person Steering Committee of Experts that developed the Méndez Principles on Effective Interviewing for Investigations and Information Gathering. He is Chair of the International Association of Chiefs of Police (IACP) International Managers of Police Academy and College Training (IMPACT) Section and is on Advisory Council of the Center for Ethics and the Rule of Law (CERL) at the University of Pennsylvania. He is Co-Founder of Project Aletheia at John Jay College of Criminal Justice.

Mark Fallon is an internationally recognized expert on security issues, counterterrorism, and interrogation. He is the author of Unjustifiable Means: The Inside Story of How the CIA, Pentagon and US Government Conspired to Torture (ReganArts, 2017). He is a co-editor and contributor of Interrogation and Torture: Integrating Efficacy with Law and Morality (Oxford University Press, 2020). Mark is a contributing author for JustSecurity, and the Rule of Law Blog at the University of Pennsylvania. He has been featured in film productions including ‘Inside the Real NCIS’ (National Geographic), ‘Cable Car Collision’ (National Geographic), ‘Rendition Revisited’ (Al Jazeera), ‘Inside America’s Dark Prison’ (TRT World Focal Point), ‘Eminent Monsters’ (Hopscotch Films), ‘Zero Impunity’ (a_Bahn Film Production) and is featured as a comic book character in the graphic novel ‘Guantanamo Voices” (Abrams ComicArts – September 2020).

Mark Fallon retired from the Senior Executive Service (SES) in 2010 and his active government service spanned more than three decades; with positions including the Naval Criminal Investigative Service (NCIS) Deputy Assistant Director for Counterterrorism; Chief of Counterintelligence for the Europe, Africa and Middle East Division; NCIS Training Academy Director; and Assistant Director for Training of the Federal Law Enforcement Training Center. Mark began his career in federal law enforcement as a Deputy U.S. Marshal in 1979. Mark was the Director of Law Enforcement Programs at the Qatar International Academy for Security Studies (QIASS). He is the past Chair of the High Value Detainee Interrogation Group (HIG) Research Committee, participated on the INTERPOL Group of Experts on Police Training, served on the Board of Governors of the Joint Counterintelligence Training Academy, and the Federal Law Enforcement Training Accreditation Board.

Mark Fallon was involved in some of the most significant terrorism investigations in U.S. history, including Sheikh Omar Abdel-Rahman (the ‘Blind Sheikh’), the 1993 World Trade Center bombing, and was the Commander of the USS Cole Task Force, investigating the attack on the USS Cole (DDG-67). Following 9/11 attacks, Mark was appointed Deputy Commander and Special Agent-in-Charge of the Pentagon investigative task force, established to bring terrorists to justice before Military Commissions. He was presented with the iIIRG Partitioner of the Year award in 2017.

Taras Filonenko is the Deputy Chief of Detective Department of National Anti-Corruption Bureau of Ukraine. Taras is a former prosecutor. During the 10 years of career as a prosecutor, investigator, manager Taras has been investigating complex cases of financial fraud, embezzlement, bribery, abuse of power. In 2018 Taras joined the group of practitioners, experts and academics which was formed to conduct the research about investigative interview practices in Ukraine. In 2019 Taras joined the initiative Investigative Interview in Ukraine. He is supervising the project of implementing the investigative interview practices in National Anti-Corruption Bureau of Ukraine. Taras has lectured across the country and presented the information-gathering approach for investigators, managers in law enforcement. He is sharing the experience with law enforcement managers of how to implement the investiative interview as a system in law enforcement agency.